We, representatives of Press Clubs from around the world, have met in London in October 2022 to discuss matters of common interest and to put on record our support for media freedom in a world increasingly hostile to the exercise of free and fair journalism.

We are appalled at the rising number of our professional colleagues who have been maltreated, imprisoned and killed in the pursuit of truth over the past twenty years since we last met here in London and issued our first declaration of press freedom. We are seriously concerned at the impunity with which powerful political and business figures continue to evade responsibility and prevent or suppress media reporting of uncomfortable truths. We call on all men and women of goodwill to work globally for the cause of independent media and a free press.

We are equally perturbed by the disrespect shown for an independent judiciary and the rule of law that so often goes hand in hand with the suppression of media freedom. An independent judiciary and a free press are complementary supports for democratic society. All journalists should be able to work everywhere, protected by due process of law, both national and international, which should operate without fear or favour.

We extend the hand of friendship to all journalists who strive to maintain high standards of factual accuracy in reporting and intellectual and moral integrity in editorial comment, whether in traditional or on-line media. We pledge our support for journalists striving to maintain high professional standards wherever they may live and work, ensuring the flow of honest and fair information which is the lifeblood of informed debate in all open societies.

We encourage all Press Clubs not to compromise their own integrity and independence by relying on any single source of funding, be it commercial, political or governmental. We welcome all journalists who take the initiative to establish such independent press clubs throughout the world, encouraging them to join our international organisations and help to increase media literacy and critical thinking among readers.

The International Association of Press Clubs and the European Federation of Press Clubs jointly undertake to monitor progress in maintaining and expanding global media freedom as set out in this Declaration. We undertake to report each year to our members and to each other on the state of media freedom in our countries and to publicise widely both the achievements and the shortcomings that we register in that review. 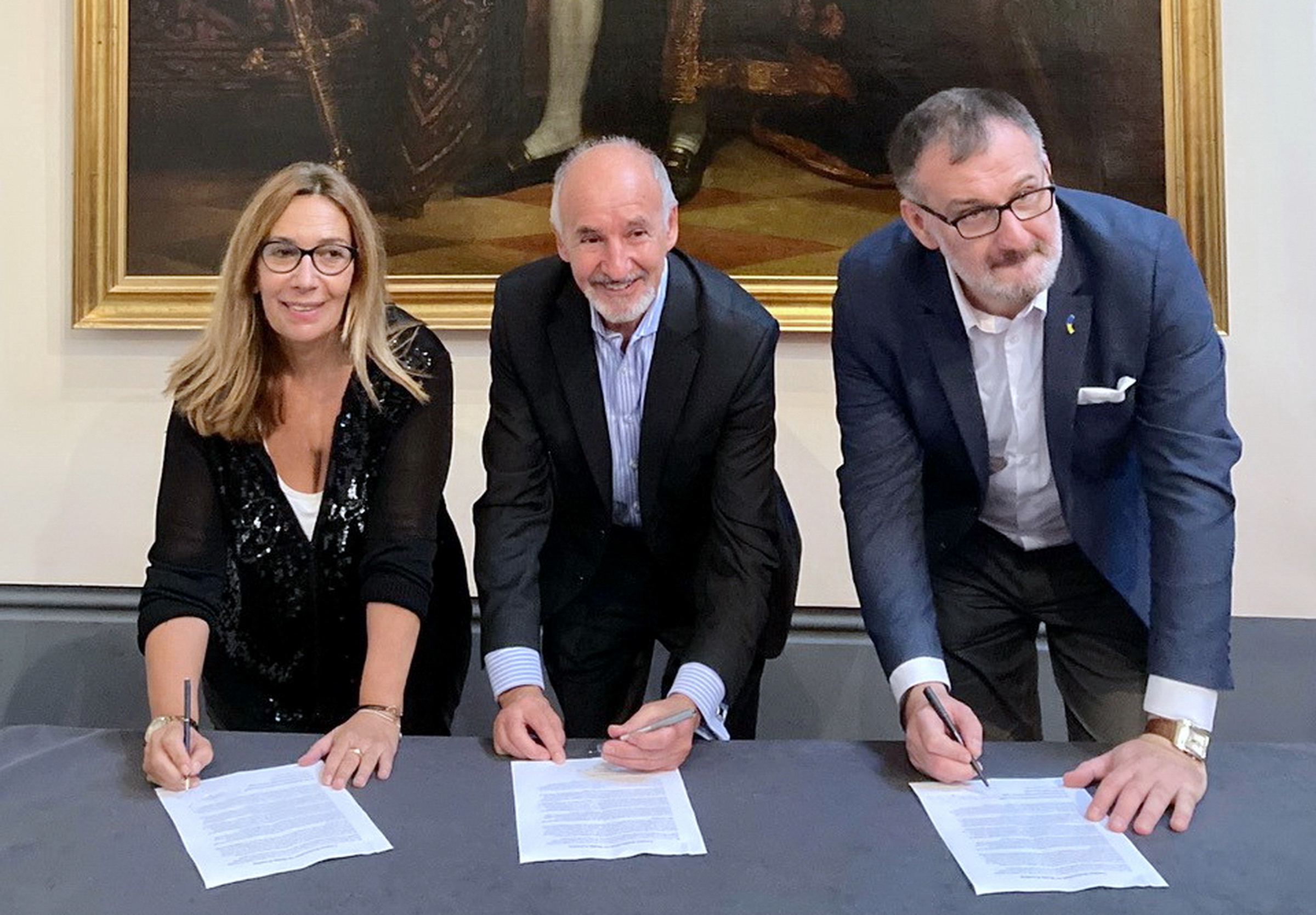 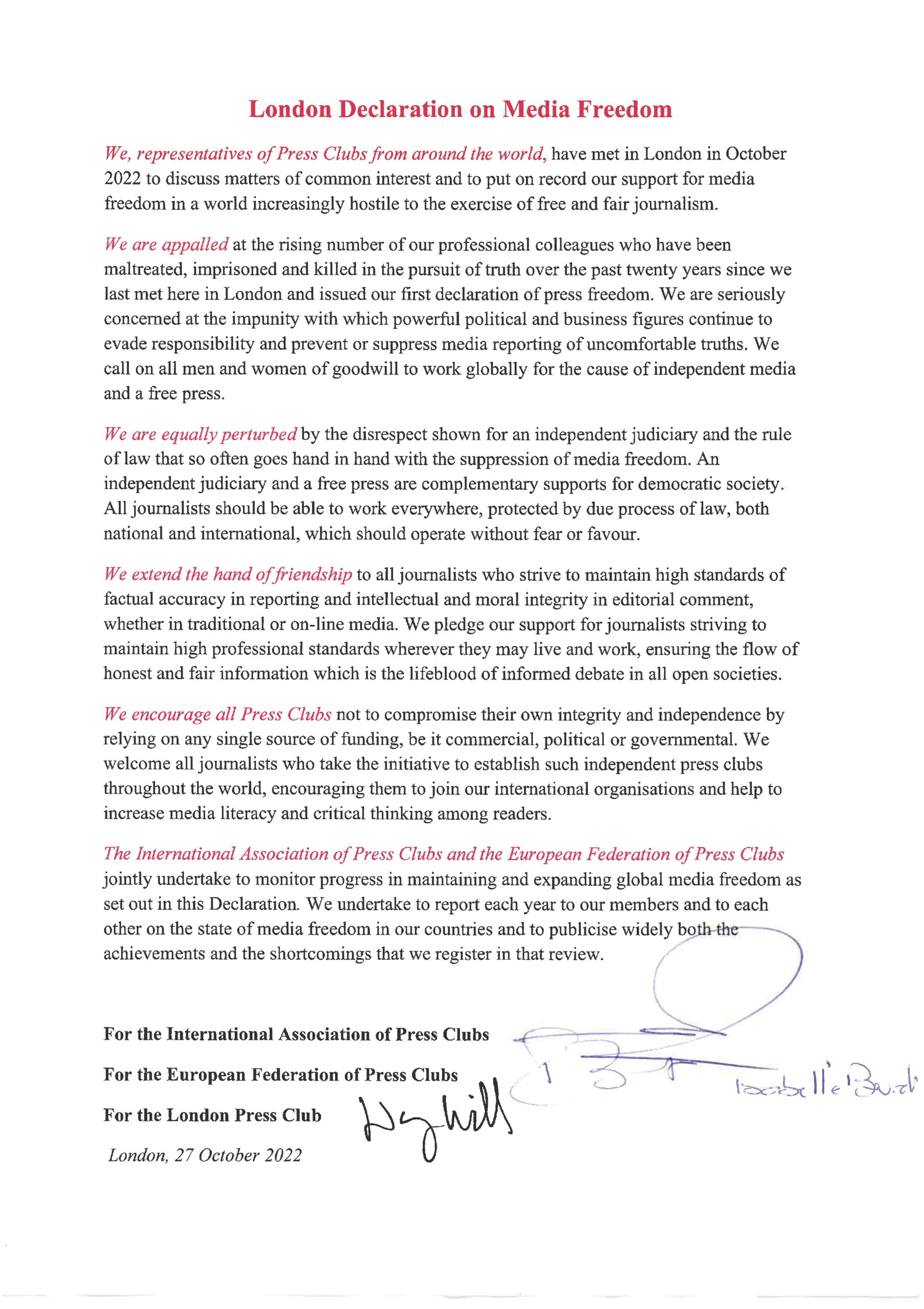