Home / About the award

Freedom of speech is one of the fundamental human rights. It stands for the right of one to publicly express his or her views and the respect that other people have to show for it. However, only one in six people can use it without any consequences – journalists, bloggers, politicians, human rights activists and ordinary citizens are persecuted for using it. Annual reports on press freedom present the worst indicators since the decades.

The IAPC confers the Freedom of Speech Award on persons or organisations for their exceptional contributions to the fight for or in defence of free speech, or creating conditions and supporting efforts promoting freedom of speech.

The winner is selected by all the IAPC member press clubs from over 20 countries. The winner receives a medal of freedom of speech.

It was in Poland that the fall of communism in Europe began. It was in Poland, on June 4, 1989, that the region’s first free election was held. That election initiated the process that led to the liberation of the countries of Eastern and Central Europe, the fall of the Berlin Wall, the collapse of the Soviet Union and – as a result – the eastward expansion of the European Union. That is why the International Association of Press Clubs (IAPC) selected Poland to host the Freedom of Speech Award ceremony, emphasising Poland’s role in the struggle for free speech around the world and its enormous contribution to the democratic transformation of Europe.

Current information on the situation of freedom of speech in the world are available in the reports at the websites of Reporters Without Borders and the Freedom House. 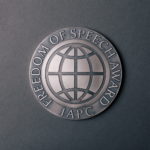 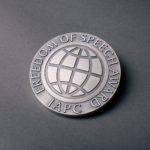 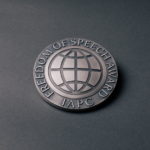 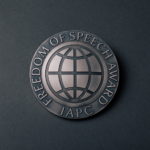