On November 28th, almost a month before the riots in Iran started, the Jerusalem Press Club held a panel on Iran Today, with Raz Zimmt, Holly Dagres and Thamar Eilam Gindin, who were born and raised in Iran or are Iran experts. All three panelists spoke about the sub-culture prevailing in Iran today,... 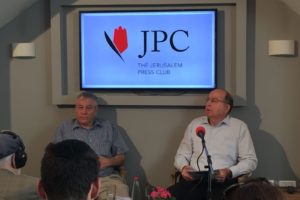 On October 26th 2017, The JPC hosted Moshe "Bogie" Ya'alon, former defense minister of Israel, who provided an overview of The Middle East, discussing the strategies and occurrences he sees taking place in the region. Ya'alon presented his own predictions regarding the region and also expressed what... 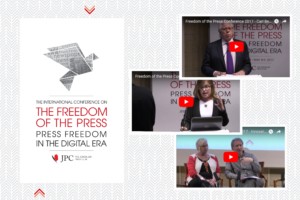 Speeches and debates from the International Conference on the Freedom of the Press "Press Freedom in Digital Era" organised by Jerusalem Press Club, 8-9 May 2017 Government-press relations from Nixon to Trump by Carl Bernstein, Washington Post reporter, who, together with Bob Woodward, broke the Watergate...

Israeli Cartoons Competition in the Wake of Charlie Hebdo 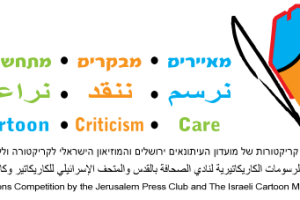 The Jerusalem Press Club (www.jerusalempressclub.com) and the Israeli Cartoon Museum have launched a competition among high-school students in Israel, for the best cartoons dealing with the issues of how to relate to the Other, to the Different, to the Believer in other religion. The terrorist attack...


123
© Copyright 2021, International Association of Press Clubs. All press clubs names and logos are the property of their respective owners.