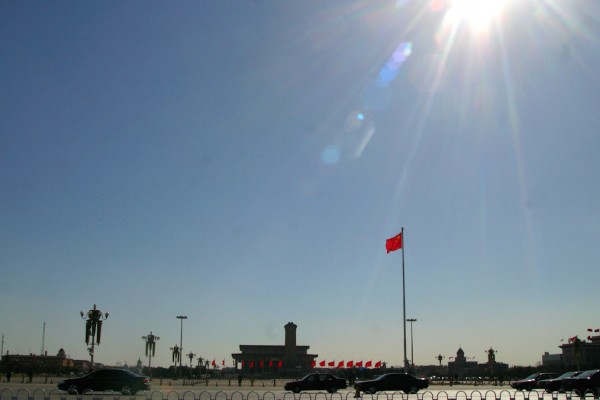 The FCCC has compiled the results of this year’s annual survey of its members’ visa issues, based on your experiences over the course of 2014 and during the visa renewal season at the end of the year. We received 126 responses; thank you for your help. In general, the visa renewal process went more smoothly this year than last, when New York Times and Bloomberg reporters were made to wait until the last moment for their visas.

We are disturbed, however, to find that the Chinese authorities are continuing to abuse the press card and visa renewal process in a political manner, treating journalistic accreditation as a privilege rather than a professional right, and punishing reporters and media organizations for the content of their previous coverage if it has displeased the government.

We are especially alarmed that the Entry/Exit police failed to respond in a timely fashion to a reporter’s emergency request that they return her passport, despite her doctor’s written warning that she was suffering from a life threatening condition that required her immediate medical evacuation to Hong Kong.

All respondents to the survey received their Foreign Ministry press cards within the stipulated 12 days, and 93 percent were issued with their residence visas within the 15 working days that the Entry/Exit police had said would be necessary.

But ten reporters said they had been threatened with the cancellation or non-renewal of their visas, either in the course of their work or when they sought to renew their visas at the end of the year, because of the content of their reports.

Some were explicitly warned by the police that if they did not change the nature of their reporting they would not be granted a new visa.

“In one run-in with the authorities, they made perfectly clear they would see us again at the end of the year for visa-renewal. In that sense it was a covert threat.”

“In case of new hire, visa delay was explained by MOFA in a meeting with bureau chief as being the result of concerns about bias in her previous job.”

“I had two interviews where I was questioned about my reporting on Xinjiang and told that the Foreign Ministry would need to be satisfied with my attitude in order to approve my press card. In the end they said they were and that my card would be approved.”

During lengthy and aggressive interrogation about her professional work, police officers threatened Die Zeit correspondent Angela Koeckritz with the non-renewal of her visa. She felt so intimidated by the experience that she resigned her job as her paper’s Beijing correspondent and left China.

Another reporter, who had been detained for several hours by the police in October, was issued a press card valid for only six months, instead of the usual one year period, in a clear indication that he is “on probation” and that the extension of his press card will depend on his behaviour.

It is also important to recall that The New York Times has been unable to secure visas for new resident correspondents since the paper published an article about the private finances of relatives of former Prime Minister Wen Jiabao in October 2012 that appears to have angered the Chinese authorities.

Designated Beijing bureau chief Philip Pan was unable to secure a journalist visa for nearly three years and was eventually forced to take another job in Hong Kong; reporter Chris Buckley has been waiting for a visa for 29 months; reporter Austin Ramzy was obliged to leave China at the end of January 2014 because the authorities had not processed the visa application which he had filed with them in June 2013. He has not been allowed back into mainland China for the past year.

A cryptic remark in November by President Xi Jinping, to the effect that “when a car breaks down on the road, perhaps we need to get out of the car to see where the problem lies. And when a certain issue is raised as a problem, there must be a reason. In Chinese, we have a saying: The party which has created a problem should be the one to help resolve it” strongly suggested that the Chinese authorities would not relax its ban on New York Times resident visas until the newspaper showed some sign of contrition or apology.

This, and the warnings issued to foreign reporters in China whose work had displeased the authorities, constitute a gross and persistent breach of international standards, by which journalists’ visas should be issued on the basis of professional criteria, not of their previous reporting.

The FCCC is pleased to report that 94 percent of visa applications by journalists intending to take up existing posts in China (replacing an outgoing correspondent) were approved within three months by the Chinese embassies concerned, and over 40 percent were issued in less than two months. Though this marks an improvement in an area about which the FCCC has long complained, we still believe that this process should not take longer than 30 days.

Problems persist for those who apply from abroad for J-2 visiting journalist visas. The survey found eight occasions on which journalists were obliged to abandon plans for reporting trips because of extreme delays in the provision of J-2 visas, and we suspect that many more such cancellations occurred without our knowledge.

“We applied for J-2 visas for two US-based journalists to film about synthetic drug manufacturing/use in China. Lined up expert interviews and submitted supporting documents, but was kicked around by local Waibans (foreign affairs offices) in Beijing and Shaanxi who kept demanding additional documentation. Trip canceled after months-long delay.”

The standard annual press card and visa renewal process for resident foreign correspondents was even more time consuming and onerous this year, since the Foreign Ministry took up to 12 days to issue press cards and the Entry/Exit police then took 15 working days (three weeks) or more to issue visas in 84.5 percent of cases – during which time the police kept reporters’ passports.

Nearly half of survey respondents said their work was seriously impeded by the requirement that they leave their passports with the police for three weeks or more. That made it impossible for them to cover major regional stories such as the Hong Kong protests, Japanese general elections, the tenth anniversary of the 2004 tsunami anniversary and the terrorist attack on a café in Sydney.

“My boss wanted us to go to the Philippines, Hong Kong and Sydney and it was not possible. Sometimes it is not easy to explain to our headquarters the specifics of working in China!”

“I lost the possibility to cover an important story in Myanmar, the election in Japan, the hostage taking in Sydney and the Peshawar school shooting because I had no passport from November 26 to December 16.”

About half of the 21 correspondents who requested expedited visa procedures were granted them; half were not, in what appears to be an arbitrary and unpredictable decision making system. But no requests for quicker visas in order to carry out professional duties abroad were granted, only those made for personal reasons.

Entry/Exit police acted egregiously when failing to return International New York Times reporter Didi Kirsten Tatlow’s passport in a medical emergency, insisting on following bureaucratic procedures despite her life-threatening illness. By the time Ms. Tatlow received her passport she was too ill to travel, and she was obliged to spend two weeks in a Beijing hospital, where the medicine she needed was not available, before being able to get to Hong Kong and the medical care she needed.

If the Chinese government wants foreign media to locate their Asian regional HQ’s in Beijing, it should ensure that correspondents are free to travel region-wide as and when they need to.

About the survey:
The survey was sent to 216 FCCC correspondent members in January 2015, of whom 126 replied. Figures indicate absolute number of responses, unless otherwise indicated. When percentages are used, they reflect all respondents to that specific question. Not all respondents answered every question. Data may be used if credit is given to the Foreign Correspondents’ Club of China (FCCC).

The Foreign Correspondents Club of China is a Beijing-based professional association comprising more than 200 correspondents from 35 countries and regions. Contact: fcccadmin@gmail.com. Website: www.fccchina.org.