The photo icon of 30 years of changes in Poland

“We have the Icon of 30 Years! We have found a photograph that symbolises our Polish rebellious nature, our resistance and refusal to accept wrongs, and our struggle to change the world for the better. It is a symbol of the three decades of change in our country.” – anounced Press Club Polska, a co-organiser of ‘The Icon of 30 Years’ competition

Adam Lach’s photograph tells a story of freedom, solidarity and independence. It shows the strength and uncompromising nature of Poles. It is also an expression of the growing participation of women in public life in Poland. The superbly-composed shot brings to mind the famous painting “Freedom leading the people to the barricades” by the French painter, Eugène Delacroix. In Adam Lach’s photograph, the young woman holding a flag with the word “Freedom” is almost three-dimensional. When we look at her, we are sure that she is free and independent. She does not feel the yoke, which her parents suffered under before 1989, the yoke of a regime that was totalitarian, communist and used censorship.

The author of the picture belongs to the same generation as the girl in the photograph. He was born in 1983. His entire education and adult life have been spent in what is now a free and independent Poland, bound by solidarity.

The joint organisers of the “Icon of 30 Years – Freedom and Solidarity” competition are Dom Spotkań z Historią [History Meeting House] and Press Club Polska. The competition is being held under the patronage of the International Association of Press Clubs. The winner’s prize is PLN 30,000. 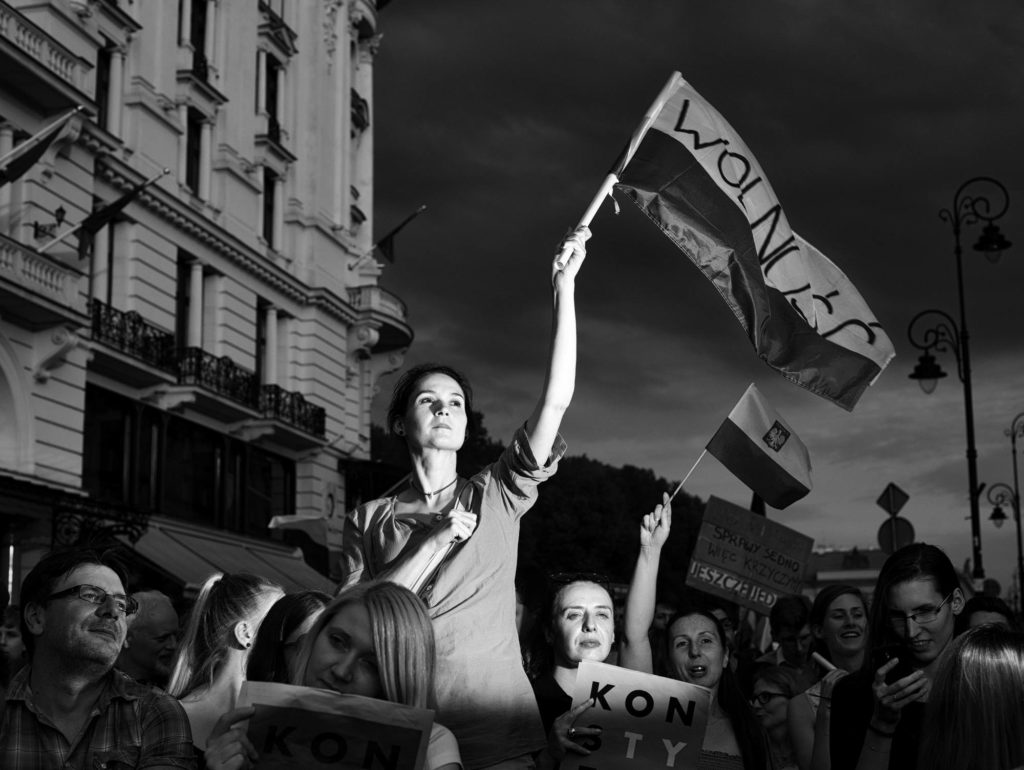