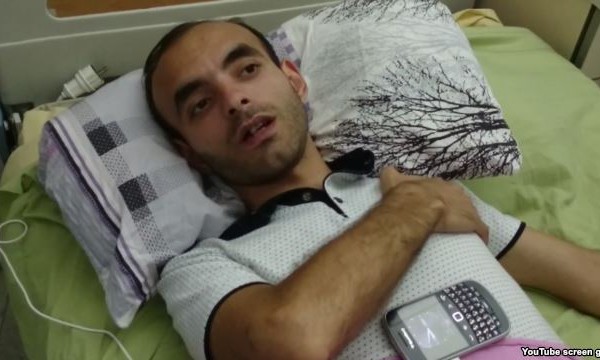 International Association of Press Clubs expresses its deepest concern over the situation in the Republic of Azerbaijan, where freedom of speech is severely restricted. We call upon the authorities of this country to ensure proper working conditions and safety of journalists as their profession is a public service mission. We demand release of the journalists prosecuted and imprisoned for using freedom of speech.

We express sympathy with the family and friends of the Azerbaijani journalist Rasim Aliyev who died on August 9 in a hospital in Baku after being brutally beaten. According to our information Aliyev might have been attacked after he placed a comment on a social networking website regarding one of the Azerbaijani soccer player. It raised threats against the journalist on the Internet. Sadly, this was not the end.

We call upon the law enforcement authorities to conduct a complete and thorough investigation not only of the crime itself but also its circumstances – including the fact that the journalist was not granted protection even though he asked for it when first threats occurred.

We would like to recall that Rasim Aliyev was a member of one of the leading Azerbaijani organizations devoted to defending freedom of media – Institute for Reporters’ Freedom and Safety – and he was attacked exactly one year after Azerbaijani authorities closed IRFS and started repressing its members. Some of them still remain hidden just like many human rights activists who have not been imprisoned.

We are forced to recall that more assaults on journalists took place in Azerbaijan in the recent years. In 2005 editor-in-chief of the Monitor magazine Elmar Huseynov was killed. Writer and journalist Rafig Taga died in 2001. To this day circumstances of those deaths have not been clarified. Novruzali Mammadov, editor-in-chief of Tolishi Sedo newspaper died in 2009 while serving 10 years imprisonment, a sentence which was imposed for political reasons. Unfortunately, there are more examples of repression and unexplained deaths.

Taking into consideration everything mentioned above combined with Azerbaijan’s hosting European Games and attempting to present itself abroad as a friendly country with a wide range of liberties we express our deepest concern over the state of compliance with those values.

We hereby emphasize that freedom of speech is one of the most important civil rights which the authorities are obliged to ensure. Duties of journalists include fair and reliable assessment – not only of the action taken by the authorities but also of sporting events which often arouse strong emotions. It is the duty of the authorities to make efforts to ensure that sport evokes positive emotions. Giving consent to aggression against journalist is not a good way of accomplishing these goals.