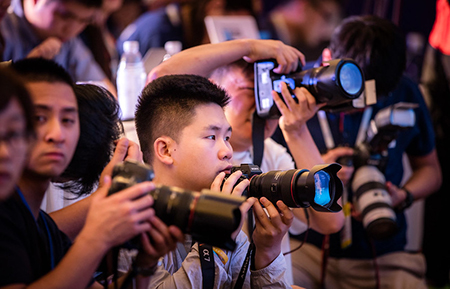 Hear the stories of three correspondents effectively expelled from or pressured to leave China. In view of these departures and rising tensions between Washington and Beijing, how can the Western media continue to cover China? How effectively can it be covered from elsewhere? How does the Chinese government monitor correspondents? What are the Biden administration’s policies toward Chinese correspondents in the U.S.? How important is the International Olympic Committee’s commitment to press freedom during the Winter Olympics, to be held in Beijing in February 2022?

RSVPs are essential. Please register in advance to receive the link to join about an hour before the program.

Chris Buckley, the senior New York Times China correspondent who covered the early stages of the pandemic from Wuhan and then was forced to leave the country. He is now in Australia.

Yvonne Murray, a reporter for Irish public service broadcaster RTÉ, who left China with her journalist husband and family after pressure from Chinese authorities. She is now in Taiwan.

Gerry Shih, of The Washington Post, who was among the wave of journalists expelled from China. He is now in the U. S. preparing for a new assignment.

Moderating will be Jodi Schneider, a senior editor at Bloomberg News in New York, who recently returned from five years in Hong Kong, where she was president of the Foreign Correspondents’ Club.