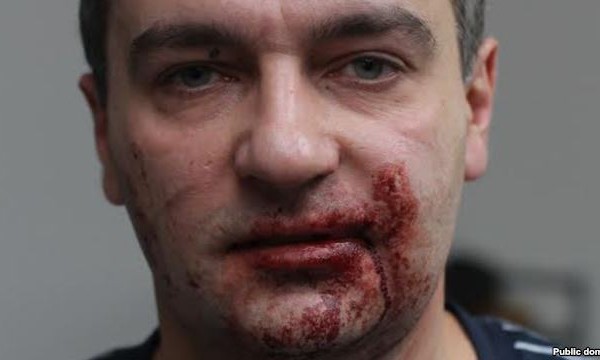 International Association of Press Clubs calls on the Ukrainian authorities to immediately cease the use of force against the journalists and media workers performing professional duties in Kiev and other Ukrainian cities.
Physical abuse of journalists reporting upon the events that are inconvenient for the authorities is typical for the totalitarian political systems, but it cannot take place in a democratic country.
The explanation of these events, finding and punishing those who are responsible for beating the journalists and moreover taking immediate effective measures to prevent similar incidents in the future will be a test of effectiveness for the state’s organs. 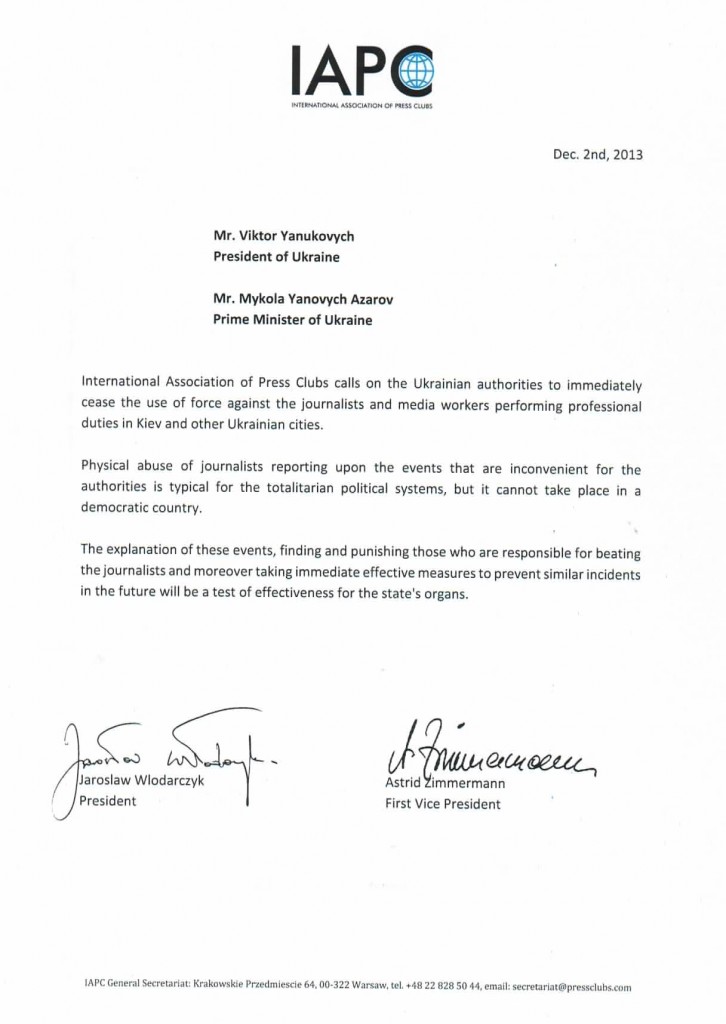