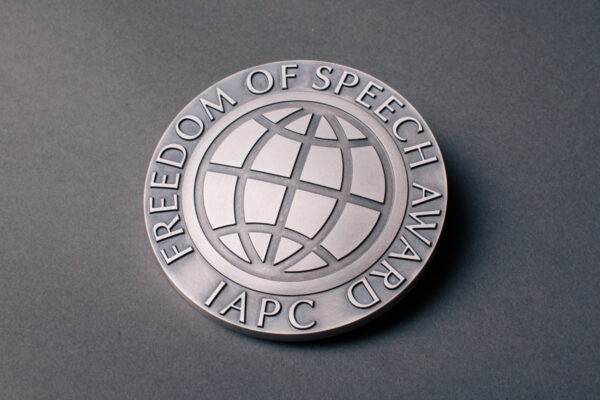 Yuliya Slutskaya – a recognized journalist, longtime media editor, founder and president of the Press Club Belarus – is the laureate of the 2021 IAPC Freedom of Speech Award. She is awarded in recognition of the defense of the right of journalists to practice and the right of citizens to have access to reliable information in Belarus. Yuliya Slutskaya and three staff members of Press Club Belarus have been in custody for six months as political prisoners.

The IAPC Freedom of Speech Award is conferred upon persons or organisations for their exceptional contribution to the fight to defend free speech and creating conditions or supporting efforts towards spreading freedom of speech. The laureate is selected by all the IAPC press clubs from over 30 countries. The award is presented in the form of a medal.

Since 2013 the laureates of IAPC Freedom of Speech Award are: Reporters Without Borders, Alexei Simonov, Peter Greste, Mohamed Fahmy and Baher Mohamed, The Guardian, independent Turkish journalists, The Washington Post and Fred Ryan. 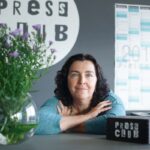 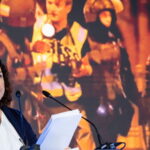 International Association of Press Clubs (IAPC) was established in 2002. It associates press clubs from over 30 countries in Europe, North America, Asia, Oceania and Africa. The goals of IAPC include supporting dialogue, cooperation, and exchange of experience among media professionals all over the world as well as cultivating free access to information, raising ethical standards in the media, and supporting global efforts towards ensuring freedom of speech.

International Association of Press Clubs also supports the thousands of its members in their work as domestic and foreign correspondents. The association supports many organisations that promote freedom of expression, protection of media professionals and high ethical standards.