International Day of Solidarity with Belarus 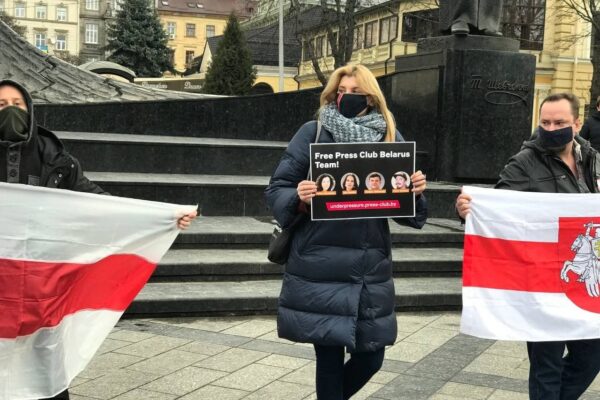 Ahead of the International Day of Solidarity with Belarus on 7 February, the undersigned organisations working in the field of freedom of expression and media freedom call for the immediate and unconditional release of all journalists and media workers who continue to be arbitrarily detained.

Nearly six months since President Alexander Lukashenko claimed a landslide victory in what has been widely acknowledged and condemned as a fraudulent election, opposition leader Svetlana Tikhanovskaya remains in exile and thousands of protesters continue to take to the streets of Minsk calling for his resignation.

The regime has made every effort to prevent its citizens from accessing independent information. News outlets have had their publishing licences revoked. Some have their equipment seized. Independent newspapers are banned from printing and barred from sales through the national state monopolist retailer.

As part of this effort, the authorities have also used violence, threats, and arbitrary detention to intimidate journalists and prevent them from doing their jobs. Reporters and photographers wearing press vests have been deliberately targeted by law enforcement. According to the Belarusian Association of Journalists (BAJ), journalists were detained 480 times in 2020. They have spent over 1,200 days behind bars, often without being told what, if any, charges they face.

As the International Day of Solidarity with Belarus approaches, we are calling for each and every journalist and media worker to be immediately and unconditionally released. We condemn the blatant violations to their human rights and once again remind the Belarusian authorities of their obligations under international law.