JPC Press conference calling for the return of the #specialneedscaptives 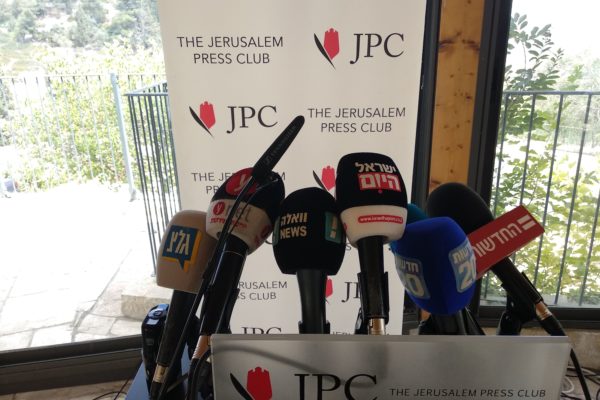 On September 6, 2018, the Jerusalem Press Club held a special press conference with the families Avera Mengistu and Hisham Al-Sayed, held by the Hamas for more than four years  after crossing the border to Gaza. Both are mentally ill, and the families have been repeatedly demanding that they should be released on humanitarian basis.  The timing of the press conference was highly relevant, because few days earlier, the IDF announced for the first time that the two Israelis are believed to be alive.

Avera Mengistu’s older brother Ilan said that “Fortunately, the working assumption is that they’re alive. And we’re happy that there is no information that would contradict that. But we still have not received a single sign of life.” He addressed  Hamas leader Yahya Sinwar: “I plead to you to act like a human being and to take into account my brother’s nervous and mental condition,” he said. “The decision is in your hands. Within two hours, Avera and Hisham could be back home with their families, and get the medical care they need and deserve.”

Hisham al-Sayed’s father Sha’aban criticized Hamas for using his son and Mengistu as political cards in their fight against Israel. Speaking in Arabic, he called upon all Palestinians to pressure Hamas to free the two, because holding them is against the interests of the Palestinian people.

The press conference concluded with a joint prayer, led by Kes (religious leader) Kes Samai Aliyas and Sheikh Ibrahim Hawagra, who expressed the hope that the two captives will return to their families before Rosh HaShana. 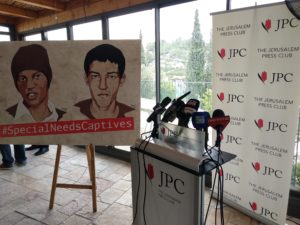 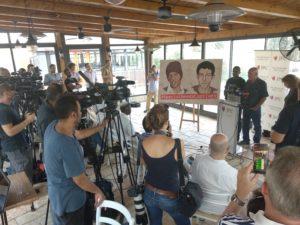