Panel discussion on the safety of journalists 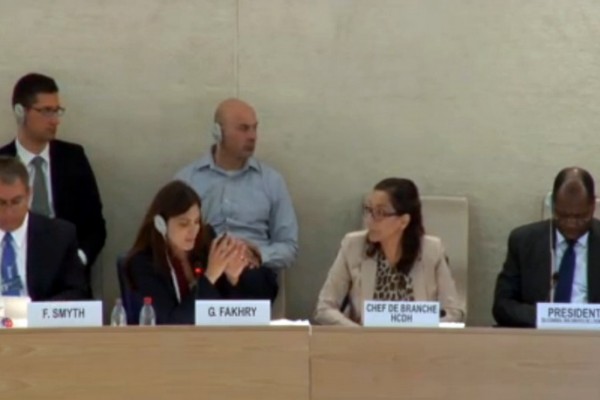 Panel discussion on the safety of journalists on session of UN Human Rights Council in Geneva on June 11th, 2014

In keeping the general public informed, journalists and other media professionals play an essential role by contributing to transparency and accountability in the conduct of public affairs and other matters of public interest. It is precisely as a result of this crucial role, however, that journalists are frequently subject to violations of their most fundamental human rights, including abduction, arbitrary detention, enforced disappearance, expulsion, harassment, killing, surveillance, search and seizure, torture and threats and acts of other forms of violence. Impunity remains the predominant trend, with perpetrators of killings or attacks against journalists rarely being brought to justice.

Panelists:
• Gatechew Engida, Deputy Director-General of UNESCO
• Dunja Mijatovic, OSCE Representative on Freedom of the Media
• Frank La Rue, Special Rapporteur on the promotion and protection of the right to freedom of opinion and expression
• Abeer Saady, Journalist and Vice-President of the Syndicate of Journalists of Egypt
• Frank Smyth, Journalist and Senior Adviser to the Committee to Protect Journalists