Global media is developing and we want to develop with it 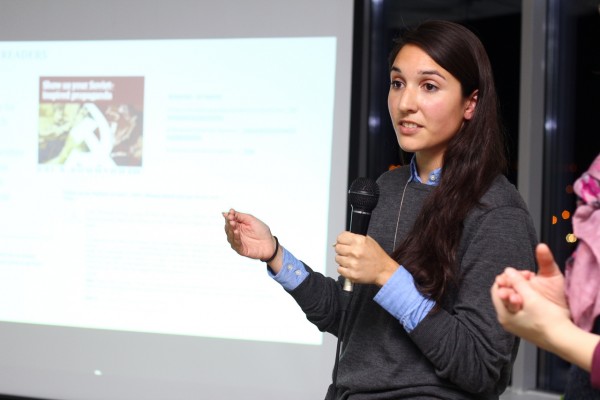 Since being founded in 2011 by leading Belarusian media professionals, Press Club Belarus has operated from out of neighbouring Poland due to a challenging political environment inside Belarus.

Earlier this year, however, Press Club Belarus decided to launch monthly meetings in the Belarusian capital, Minsk, where Belarusian journalists can meet with international guests and discuss cutting-edge topics in the field of journalism. 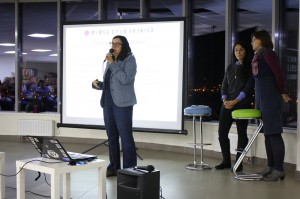 And so, on Tuesday, October 28th 2014, Press Club Belarus held its first informal get-together for journalists with Enjoli Liston, deputy editor of The Guardian’s New East Network.  Around 50 journalists gathered in the ninth-floor glass-walled premises of a popular Belarusian media portal, tut.by, where they discussed how their country is portrayed in the international media – and how Belarusian journalists, photographers, and other media experts can help to shape international coverage by cooperating with The Guardian’s New East Network. 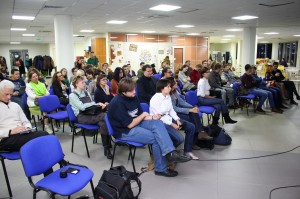 The next day, twelve journalists took part in a half-day workshop in which they discussed what kind of stories can be of interest to an international audience, and picked up useful tips for writing for international media.

At the upcoming meetings, Press Club Belarus plans to tackle topics ranging from how to verify breaking news, to print media in the digital world, to media investment and paid content platforms for online media.

In addition to monthly gatherings, Press Club Belarus organises individual 3-5 day study placements for Belarusian journalists wanting to learn a particular skill (e.g. infographics, convergency), and holds regular workshops for journalists, in Minsk and in Warsaw, where it is still based.

If any Press Club members have any media-related experience that they would like to share with Belarusian journalists, or are looking for a partner for any initiatives, please get in touch with Alexandra Kirby (a.kirby@solidarityby.eu), or join our Press Club Belarus Facebook group.