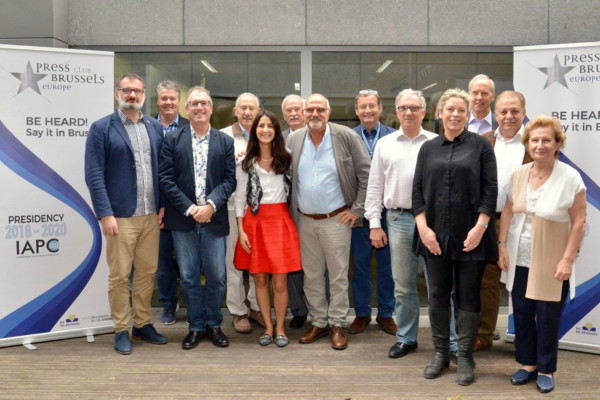 We, delegates from the International Association of Press Clubs’ members, gathered in Brussels on 2 June for the 2018 General Assembly;

Welcome the participation of representatives of press clubs from African, Caribbean and Pacific (ACP) countries for the first time at the IAPC General Assembly;

Express our solidarity with journalists in countries of those regions who face serious safety challenges, including killings, arbitrary arrests and other various forms of attacks and offer support for their pursuit of press freedom;

Encourage the creation of an independent and sustainable ACP Press Clubs Federation to promote further and strengthen professional standards and ethics in journalism for the benefit of media organisations and the public they inform;

And decide to offer the Federation temporary observer status with the IAPC while considering a more permanent arrangement in the near future. In the interim we invite those individual press clubs which are members of the ACP Press Club Federation and wish to join the IAPC to apply for membership directly to the Secretary General of IAPC so that their individual applications can be considered by the current member Press Clubs at forthcoming meeting.